The Tora Inu beta sale is now officially 90% sold out

The Pixel Watch will (hopefully) be on our wrists in only a couple of weeks. Google is a week away from fully revealing all of its details and we’re pretty sure it should go on sale immediately, like the Pixel 7. But how soon after orders go in will we get one? It could be quicker than expected.

I say that because someone in Target’s distribution center found the Pixel Watch in its retail packaging over the weekend and felt like sharing. Not kidding here. The images in this post are supposedly from someone who mistakenly found it, snapped a pic for his friend, and then the friend posted it to the PixelWatch subreddit, which I didn’t know existed.

No other info was provided with the images, we just now know that the retail units are arriving in the US at distribution centers a week before Google is going to tell us all of the details. Should these shipments be hitting Target like this, we really may get the Pixel Watch in-house as soon as launch day.

If there is a new detail, it’s the “with Fitbit” branding on the box. One of the big selling points for the Pixel Watch is going to be the deep Fitbit integration, a first for Wear OS and something Google has been talking about doing since it bought Fitbit. The Pixel Watch will run Wear OS, but it will also very much be a Fitbit-equipped watch. While the level of Fitbit integration is yet to be known, the box is telling us it should be a big part of the story.

We know the bezels are going to be large and the battery life questionable – are you readying your $350? 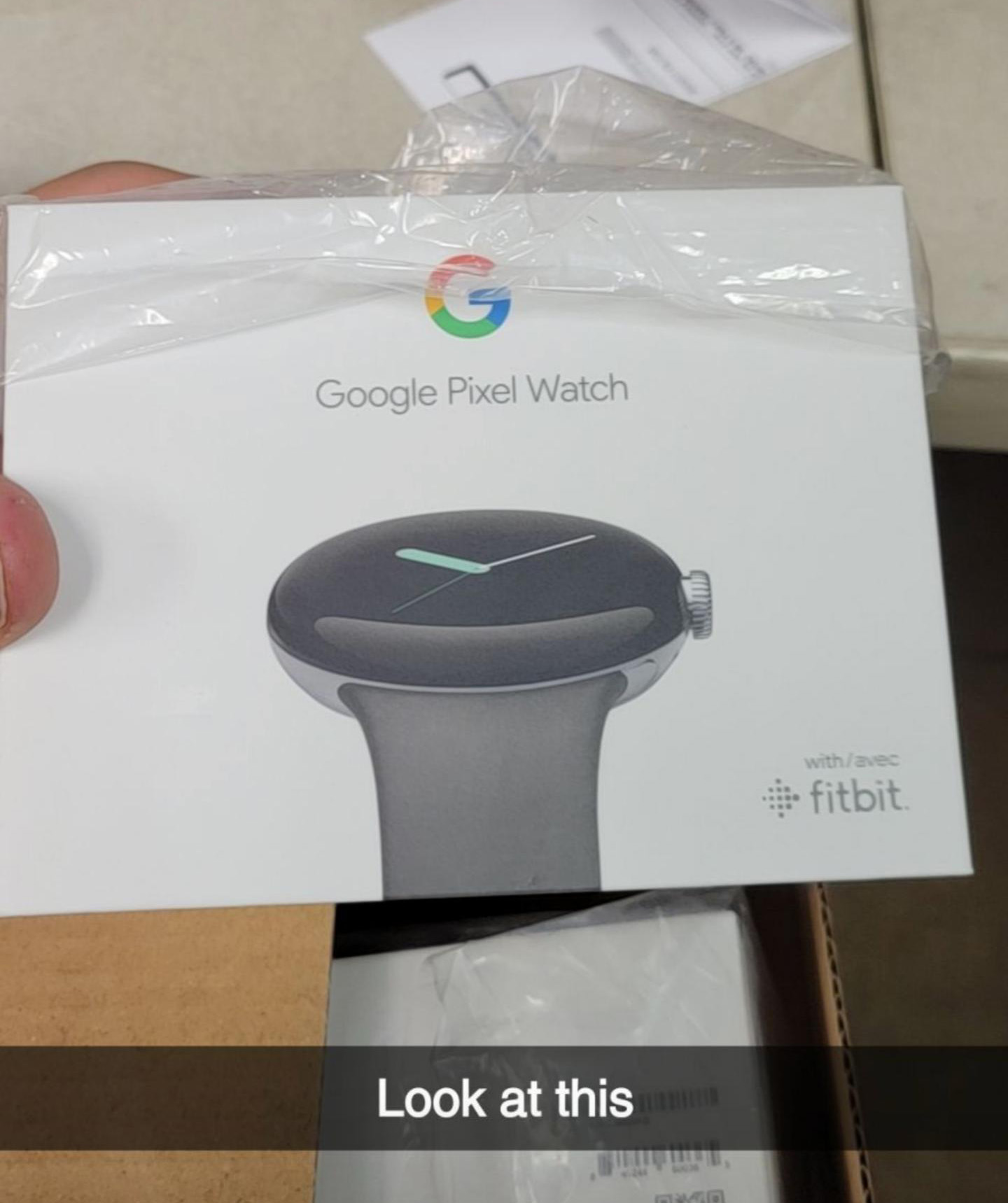