Cronos, NEAR, and Orbeon Protocol

Google Play is getting a handful of significant updates that will make the discovery and installing of apps to other devices much easier when on your phone. Remote installs are here!

Google announced the updates in a blog post where they revealed three major changes coming to Google Play. You’ll soon (may already) be able to swipe over to a new “Other devices” tab for recommendations on apps you could use on other devices. You’ll also find device search filters to only look at apps made for devices that aren’t your current phone. And finally – the big one – you’ll be able to trigger an install of apps and games to something like your watch or Android Auto or tablet. 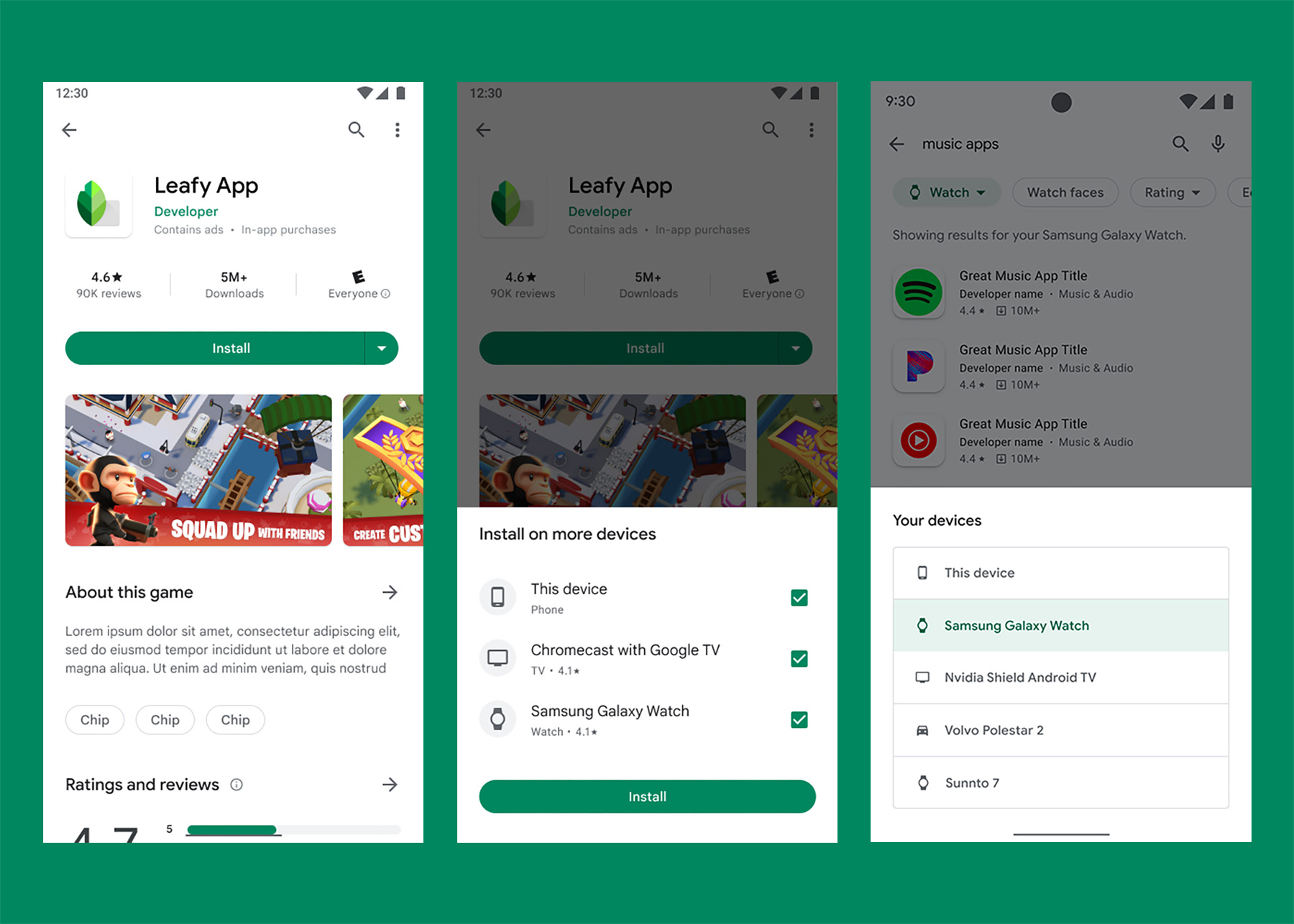 In the image just above, you can see how installing to other devices will look. By tapping the down-arrow next to the “Install” button, you will be prompted with other devices an app can be installed on. This can be anything from a watch to your Chromecast with Google TV.

On the far right of same image, you can see an example of an app search followed by device filtering. Now, when you are on your phone and want a new music app on your watch, you can search and then filter for precisely that.

And below, you can see the “Other devices” tab, which should already be live on your Google Play store. This is a simple way to discover apps for your other devices without much work. 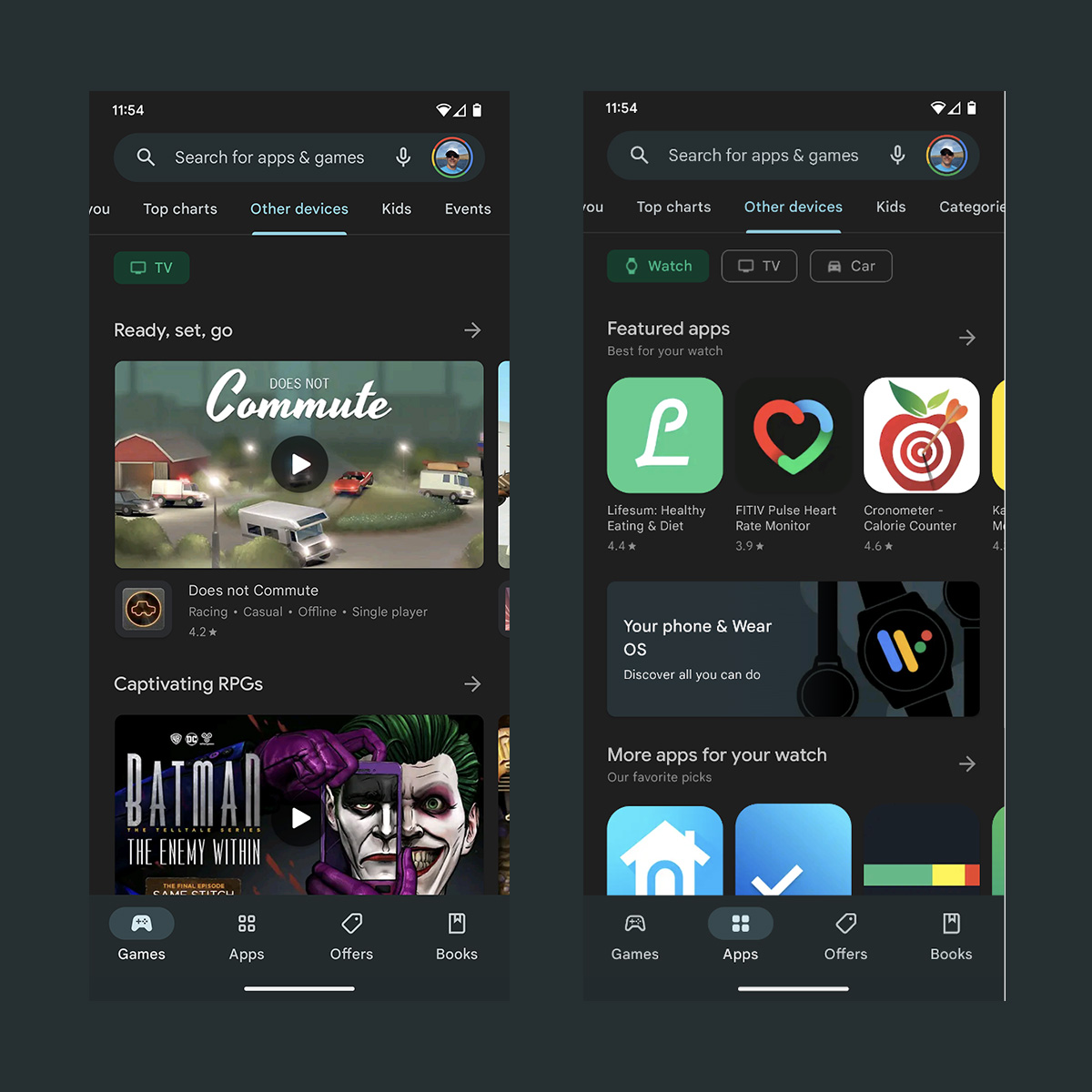 I’m currently seeing all of these new options on my Pixel 6, so you may have them as well. If not, you can always check for a Google Play update by opening Google Play, tapping your profile, and then choosing Settings. From there, expand the “About” dropdown and then hit the “Update Play Store” button under Play Store version.